Get my Simple Guide to Laminating Stickers! Learn More!

Home » My Husband’s BEFORE and AFTER!!! 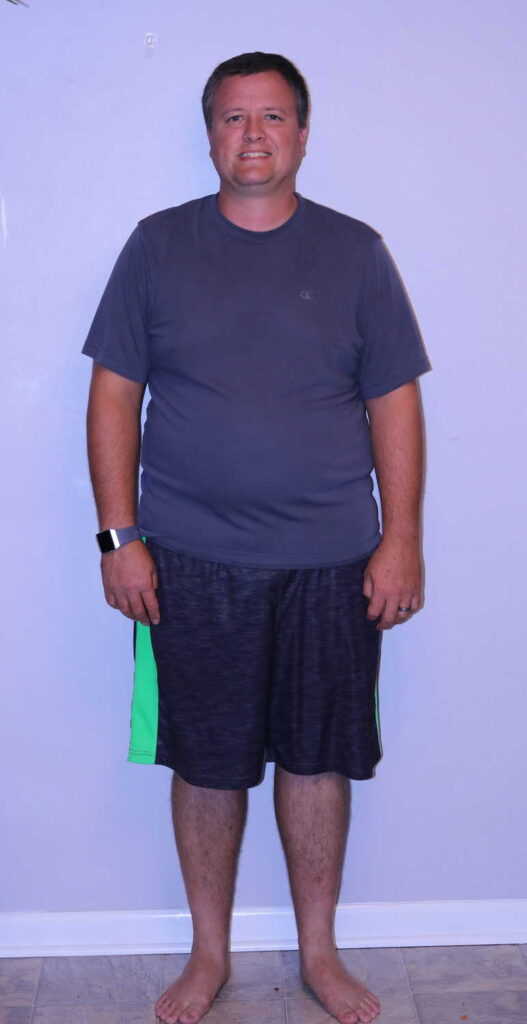 My husband is 5 feet 7 inches tall. (I’m 5’5″.) A few months ago he weighed 220 pounds. Four years ago he had weighed in the 190s. He had weighed over 220 pounds prior to that time, and losing the weight was a slow and painful process of counting calories and exercising.

David has struggled with his weight for more than 15 years. He loves to eat (don’t we all!). I often said that it seemed like his “full o’meter” was broken. I hadn’t understood myself what that was like until I had my first child. Being pregnant broke my “full o’meter”, but I remembered what food portions I had eaten prior to pregnancy and was able to apply them again afterwards even though I didn’t “feel full.”

A few months ago, David was ready for a drastic change. Over the past few years, he just wasn’t able to stick to counting calories and exercising enough to make a difference. Now David had educated himself a lot on the science of weight loss. He knew that a pound is worth 3500 calories, and that all you need to do to lose a pound per week is eat 500 less calories per day. He had done that. He had counted calories so much he didn’t even need to look up calorie counts for food- he already knew. He even had a Fitbit to measure his exercise. But the weight was hanging on.

(When I took his Before Pictures, above, he hadn’t realized that that was what he looked like.)

I had seen on Facebook some former college mates doing Health Coaching. They were posting pictures of a lot of different people before and after they had lost a lot of weight. It seemed promising. And so I told my husband about it and asked if he was interested. He basically jumped at the chance. He wanted to sign up right away. He needed a jump start to losing weight. He needed something that was going to work long term, not just temporarily. 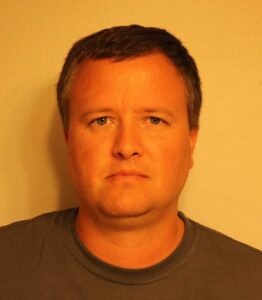 It was a Boxed Food program. You eat five portions of the boxed food per day, and then one regular meal per day of lean protein and green vegetables. No bread, no biscuits… The food was fairly reasonable, since you wouldn’t be buying any other snacks or meals out to eat– just the boxed food and the one meal per day. The Health Coaching part was completely free.

The first Box of Food came with a book explaining how the program works, and how they plan to transition you to real food and real life after you meet your weight loss goal. My husband devoured the book, learning things he hadn’t known before about weight gain and weight loss. He though he had understood it all before, but he hadn’t. One of the important things he learned was that your body stores water for every bit of sugar it is storing. This explains that conundrum of how a person can eat one pound of chocolate and gain five pounds. Things were finally beginning to make sense!

Before starting the program, David was a little worried. He was worried that it might not work. I told him, “If you do what they tell you to do, it will work.” It was as simple as that. Do what they tell you. Don’t sneak extra food!

Sticking With the Progam

So he did. For three months, he ate only the servings that he was supposed to eat. When he was hungry, he drank more water. The first couple of weeks were the “hungriest.” After that, it was much easier. Each week, he weighed himself. He lost several pounds each week. Every time, it was motivation and inspiration to keep on sticking with the program.

When David was nearing his weight loss goal of 180 pounds, he got a little slack on his eating habits. It showed immediately by a slight weight gain. Instead of throwing him completely off track, he just realized that he needed to keep doing exactly what he had been doing all along (and not eat even a little bit extra!)

Have you noticed that I have not mentioned anything about exercise with this program??!! That is because during the weight loss phase, the program says to NOT exercise. Exercising is actually telling your body not to lose weight, when you are eating smaller portions….. So for people who just can’t exercise for some reason or another– this is an excellent option!

The great thing about this particular program is that there is a definite plan to Transition you back to real food and real life. You don’t have to eat boxed food forever. That was one of the things that David hadn’t done the previous times he had lost weight– he had no definite eating plan once he met his weight loss goal. Somehow, he thought he could just go back to eating like he had before his weight loss…. but This Time, he knows exactly how he needs to keep eating to maintain his current weight. It is very empowering.

The transitioning phase includes starting to exercise again. Yes, you do need to eventually exercise again, just not during the weight loss phase.

After about three months of the program and transitioning, David lost 40 pounds! Prior to his weight loss, he struggled with foot pain from Plantar Fasciitis. That problem has completely disappeared with the weight loss.

Because he lost the weight so quickly, he noticed what a huge difference it made to be 40 pounds lighter. When he played with the kids or worked on our vehicles, he noticed how much easier it was to move around. 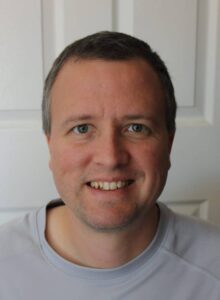 I think having this comparision of Before and After weight loss in pictures, will help remind David what it was like before he lost 40 pounds in 3 months. It will be motivation to keep his newly acquired healthy eating habits. It is really neat to be able to look back and remember how far he has progressed.

(If you or someone you know is interested in learning more about this program, Contact me through the Contact Page and I will connect you with David’s health coach. Through an interview, you can determine whether the program is a good fit for you and vice versa.) 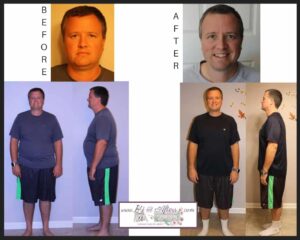